Finding out more about the Matariki stars

During week 9 Mrs Harris's literacy group did a project based on the Matariki Stars.

First, we watched a video of the stars. This prompted some discussion about Matariki and the solar system. We wrote down what we already know about Matariki on a sticky note. Many of us already knew what Matariki is and that there are 7 stars in the constellation.

Next, we did some research about the Matariki stars. We discovered that they all have different personalities and strengths. Mrs Harris told us to imagine what they would look like if they were human. We all chose our favourite Matariki star:

"My favourite is Tupu-a-nuku because it's about all the nature and I like nature because when I was at preschool I always used to climb the trees" - Jahvi.

The next part of the project was all about art so we practised sketching our favourite star.

Finally, we talked about working together to create a Matariki masterpiece. Each of us had a different job to do. These were sketching, colouring in, sharing ideas, adding glitter and glue.

Below are some photographs of our stars. Can you tell which star is which by looking at our artworks? 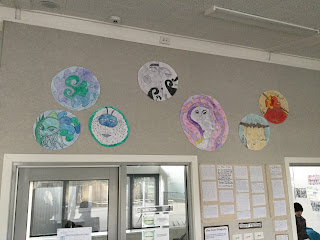 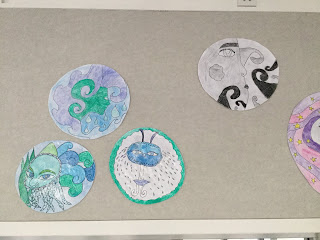 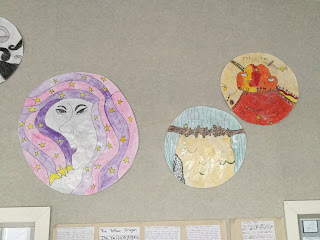 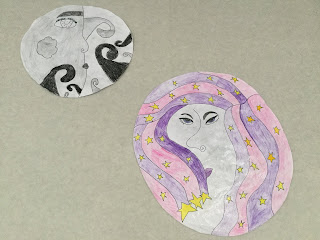